Update: Lone Wolf and The Ice Halls of Terror (All platforms, 1985) 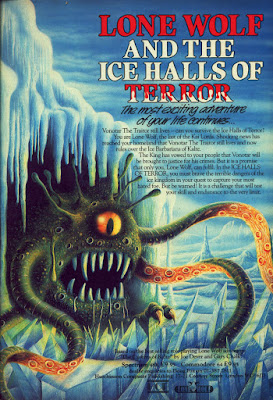 During the 2013 I was questioning if Lone Wolf and The Ice Halls of Terror was ever released. Yesterday, Joe Dever confirmed me that the game never happened.


The Ice Halls of Terror did not get published. This was due to the fact that the developer went bankrupt one month before it's scheduled release! There are no copies of it in existence.

Case closed then, another Crux Desperationis removed from my list.

P.S. If you are a fan of the series, the new adventure game has been released recently.

Posted by Antonello Molella at 11:05