This morning I've just stumbled into an article appeared on ZZAP issue 06 (October 1985) about Multi User Dungeons, their costs and some rough indications about their basic features.

It's interesting to see what was the actual perception of MUDs back in the 1985. The system itself was considered really distant from the reality of the single player gaming dimension and most relevantly, they were massively expensive.

The game itself was consider far from trivial and probably very exclusive and if we think that MUDs were basically mainly played within the academic environment, it doesn't surprise me. Many video game new trends like dungeon crawling RPG and MUDs started from the academic dimension to get into the mainstream market only after years. 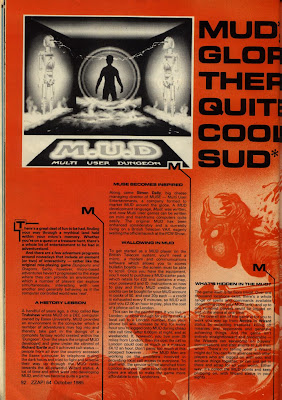 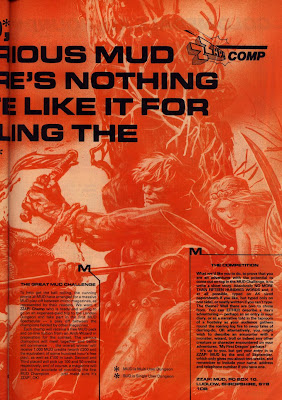