Rogue for Commodore 64 is probably one of the most disappointing CRPG titles you can get for this platform. The game has been released only in the 1988 (8 years after the original PC version) by Mastertronic as budget game and believe me, is cheap in all its parts.

The cover artwork is completely off the spirit of the game. A badly designed barbarian stands with his blood covered two handed sword while behind him a girl in bikini and manacles seems desperate for help. The Rogue logo is rough and inappropriate and everything looks like a cheap vintage Comic book from the sixties. The cave entrance depicted on the right side behind the barbarian is probably the only element in the artwork which might give an idea of what Rogue is. All the rest is just an appalling and stereotypical graphical interpretation. If you didn't know the game you would probably expect an arcade fantasy game like Barbarian I or II where Sword and Sorcery and Conanesque elements were much more appropriate and appreciated.

The screenshots on the back are only referred to the PC version and even It was common use for almost all the software houses to specify the origin of the screenshots on inlays, this is not our case. Also because the screenshots are so tiny and the game is only character and symbol based, you can barely understand how the user interface looks like.

If you think that dungeon crawling games for C64 like Sword of Fargoal in 2011 are still appealing, it's difficult to understand why no other software house took the opportunity to make a decent conversion of Rogue with a proper boxed set, instructions and an inspiring artwork. Probably back in 1988 nobody believed that a game like Rogue wasn't interesting for the C64 market and for this reason it only deserved a poor and sloppy punishment like this. Despite my rant, the game itself is not bad at all and even if the gameplay is a bit too mechanical and sluggish, is still playable and enjoyable for few hours of play. 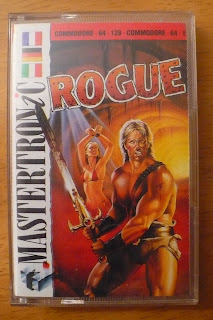 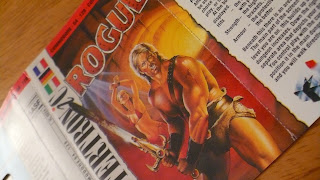 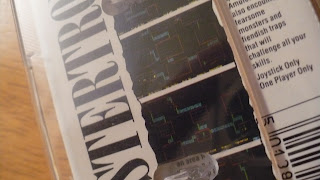 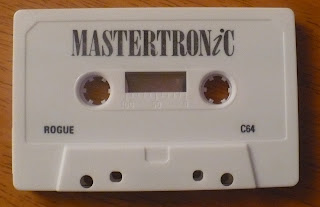