The Valley: the first CRPG for Commodore 64? 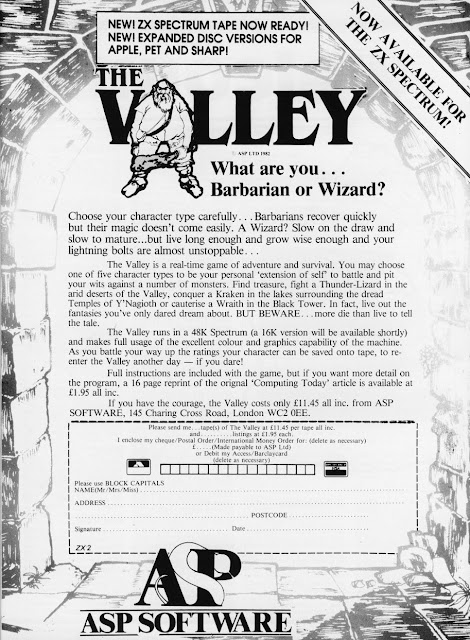 I have spent the last months trying to list and date all the CRPGs ever produced for the Commodore 64 and I have honestly encountered a massive amount of difficulties mainly because most of the online databases report, for every single entry, copyright dates rather than the actual release year. The whole rechecking process took me months only for a partial completion of the listing; despite my efforts, anyway, I still can't see the end of the tunnel.

However, while during the listing process, I wondered which was the first CRPG ever published for the Commodore 64,  considering that Tramiel's machine was released only during the summer of the 1982. A first conclusion pointed me towards an ancient Argus Press Software title named The Valley. 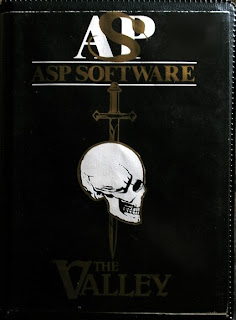 A pretty basic game, but still interesting for its age. The gameplay involves exploring the Valley where there are two safe points (castles) at either end of the path. Apart from the starting and ending point, there some other places to explore: the Black Tower of Zaexon, Swamps, Forests, Vounim's Lair, and the Temple of Y'Naigoth. To complete the game, you have to find the legendary Helm of Evanna. That's it. 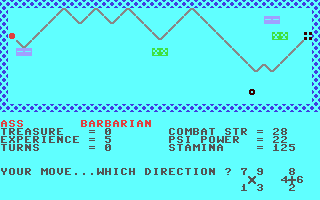 The Valley has been released around the early eighties (1) for Commodore PET, Tandy TRS80, BBC Model B, Oric 1 and Sharp MZ80K and then ported to the ZX Spectrum and Commodore 64. The original version of this game was published as a Basic language listing in a British magazine called Computing Today, around 1981; for the same reason there are around so many unofficial versions.

Here's how this game has been dated on the most relevant online databases:

So when I started listing all the games, I had no doubt: The Valley was the first CRPG ever released for the C64. I was wrong.

When I realized that all the games requested a double check, I ended moving The Valley from 1982 to 1983, positioning it from being the first in the list to one of the many published during the more prolific 1983.

So why MobyGames and Gamebase64 superficially dated The Valley in 1982?


Both sites probably came to a quick conclusion looking only at the main game screen, which reports as copyright date 1982 .

When I decided to investigate a little bit more, I found the answer to my question only looking at the tape and inlay of the official ASP release.


Looking at the original tape and the bottom part of the documentation, the release date is clearly 1983 and not 1982,  leaving no other CPRG in my 1982 slot.

This conclusion, unfortunately, doesn't answer to the main question: is there any CRPG produced during 1982 for the C64?

Images courtesy of Mocagh, World of Spectrum and Gamebase64.