This post has been delayed for a while for many reasons. Firstly I had to deal with an increasing pressure at work but mainly I wanted to wait for some (never arrived) answers from Dungeons of Death original creators. Anyway I had time to collect some interesting information about Aardvark and Dungeons of Death, which even if they don't solve the Crux Desperationis, allow us to consider new theories.

Rodger Olsen and Aardvark Games.
Aardvark was a small independent American Software House, founded by Rodger Olsen, which managed to publish between 1983 and 1985 some Fantasy, Strategy and Sci Fi games for various platforms. The first purpose of the earliest Aardvark's productions were just to entertain Rodger Olsen's children. After a while, Mr. Olsen realized that his own productions had some merit and he decided to commercialize some of them under the Aardvark label.

When personal computers came out, I built one from an 8008 and a teletype machine. It was love at first sight, and I soon bought a commercial model and began writing games for my children. I decided to get back part of the money that I “wasted” on the computer by selling my games. Within two months, I had established Aardvark Software, and was writing computer games full time. I created and published many of the early adventures and shoot-em-up games for TRS-80, Commodore, and IBM. I wrote for computer magazines and published a small magazine of my own. I was surprised to find out that I was creative. Never expected that.

Checking one the first Aardvark's Catalogues (shared here from my documents) is easy to spot that the American label produced some really interesting CRPG and looking at their basic essence, back in the day, the effort was remarkable.

Dungeons of Death.
One of this titles, or better the first one I want to explore is Dungeons of Death, planned for TRS 80 16k, Vic-20 13k and Commodore 64. DoD is a 2D dungeon crawling game, based on D&D rules with a decent character creation section and a very detailed manual.


Looking at the tape shots above (taken from the incredible mocagh collection) we have a quite realistic proof of the Vic-20 and TRS version existence, with even the production date stamped on the actual tape.

Where's the Commodore 64 version?
The C64 version was announced on either 1983 and 1984 Aardvark's Catalogue but apparently never released. After 1 year of personal researches, I can say that there is no evidence of a C64 version of this game, but I have a simple and basic theory which will be explained in the next coming post.

If the we consider that C64 version doesn't exist and the Vic-20 one is very hard to find, you can figure out by yourself how this task has been hard for me. However I've managed to find the only existent digital dump of the game on the Vic-20 preservation project the Sleeping Elephant. One the members of the forum managed to find an original tape of DoD and shared the file with a lot of interesting indications.

When you optimistically think you've reached a good stage of your research, you can have terrible surprises. Like this one. 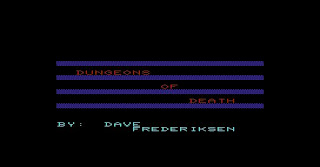 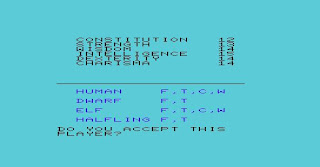 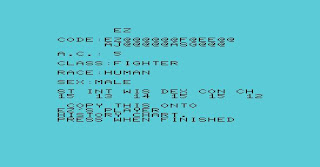 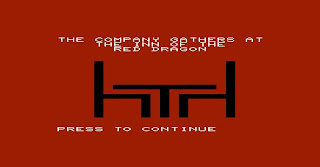 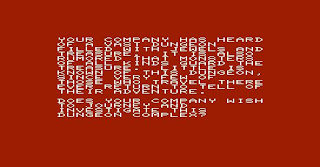 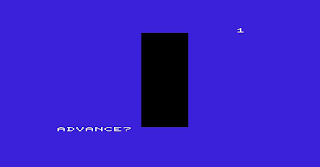 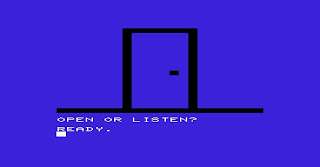 
I tried at least ten times and I had exactly the same problem: every time you attempt to open a door, the game stops working. Since this is the only existing dump we can't prove if there was a major glitch in the game or is a case of damaged tape or bad digital dump. I would personally rule out the first theory, mainly because I can't believe Aardvark published a completely unplayable version of the game. Perhaps it's more realistic to guess that the only existent dump has been made from a damaged tape or just got corrupted during the transfer process.

As last resort to check any other tape was available, I tried to get some other info from Rodger Olsen and David Frederiksen, who is the original game coder. While the first one ignored every single question about Aardvark Games, the second one seems to be impossible to find, at least for me.

In the same time, in the last weeks I tried to contact as many people I could, trying to find another dumped version of the game with anyway no luck and even if I have all the scanned manuals and almost all the officials Dungeon of Death's advertisement, I still never effectively seen a working version of DoD.

Just in case your are curious, I've managed to convert the official Dungeons of Death manual here to text format. I'm not publishing the damaged Vic-20 to avoid the spreading of faulty versions of the game, but if you think you could try to fix it I'm happy to share it.

What's next?
In the next days, a new post about the C64 version of Dungeons of Death will follow and if you have any relevant information about Dungeons of Death and Aardvark Games which might help, don't hesitate to contact me. I'm happy to credit any person involved in the research process.