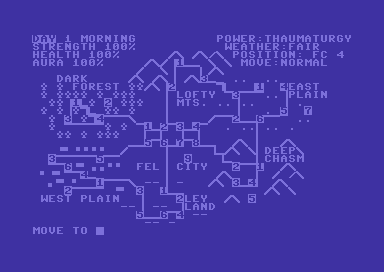 Thanks to one of the readers, I'm able to publish a new relevant document about the Dragon's Eye C64 conversion. As you can read from the previous article here, this game has an existent C64 conversion which doesn't have any correspondence in any official Epyx catalogue.

Thanks to Trypticon, I can publish the scans of a German book which has a relevant Dragon's Eye mention. Rombachs C64-Spieleführer (1984) contains some infos about the C64 version and as far as Trypticon told me, the book confirms that the C64 seems to be merely a rough PET conversion. 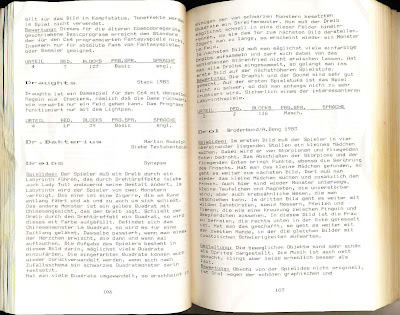 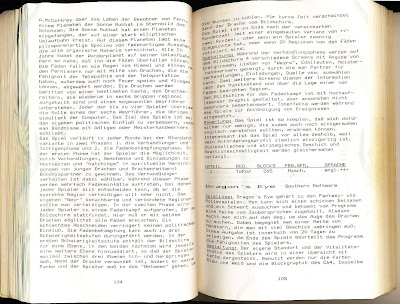 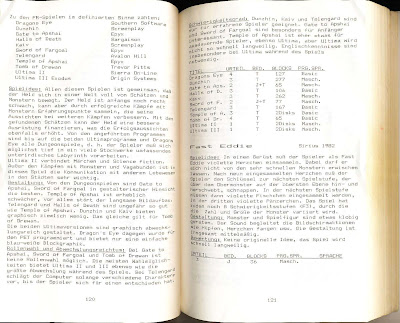 
Here's a translation of the Dragon's Eye review from German.

Game idea: Dragon's Eye belongs to the Fantasy and Roleplay games. You choose a name and a sword and get a number of spells assigned by the program. Then one goes on it's way to find the Eye of the Dragon. During this, a number of monsters are encountered, which need to be killed with a lot of skill. This task needs to be completed during 20 days. At the end of the game, the program judges the skill of the player.

Design: The location and vitality status of the player is represented with an overview and a map. Only the colours blue and white and the block graphics of the C64 are used. The same is true for the display in battle mode. Sound effects are not used in the game.

Rating: This Basic program written for older Commodore hardware does not reach the standard of the fantasy games written for the C64. Insofar it is only suitable for outright fans of fantasy games or collectors.
Rating: 4/5*

On the third page there is a mention of the fact that the game was programmed originally on the PET.

So this document proves something really important from an historical point of view: the conversion of Dragon's Eye has been done before the 1984.

The next step dictates me to find an original version in its own original support or at least a proof of its existence as official release.

Thanks again to Trypticon for his submission and translation from German.