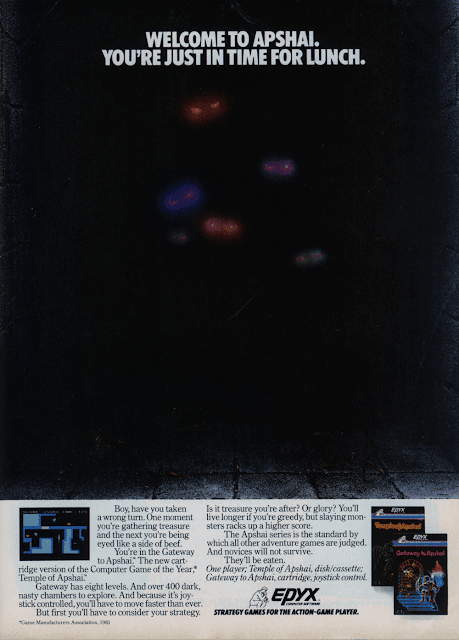 This an official full page ad of the Temple of Apshai published in the 1983. It's curious to see that even if all the Epyx's artworks (manuals and covers) were influenced by the earliest fantasy artists, this one is visually more conceptual and based on a simple and almost photographical effect. My opinion is that this ad has been probably produced by an actual advertising agency. My assumption is based on the use of the font (futura condensed, quite popular in advertising back in the eighties) and the tone of voice which sounds a little bit different from all the rest of the video game related advertising production in the early eighties.
Posted by Unknown at 17:16